History and Geography
Covering 3,287,263 square kilometres India is a country in South Asia bordered by the Indian Ocean on the south, the Arabian Sea on the southwest, and the Bay of Bengal on the southeast, it shares land borders with Pakistan to the west; China, Nepal, and Bhutan to the north; and Bangladesh and Myanmar to the east. 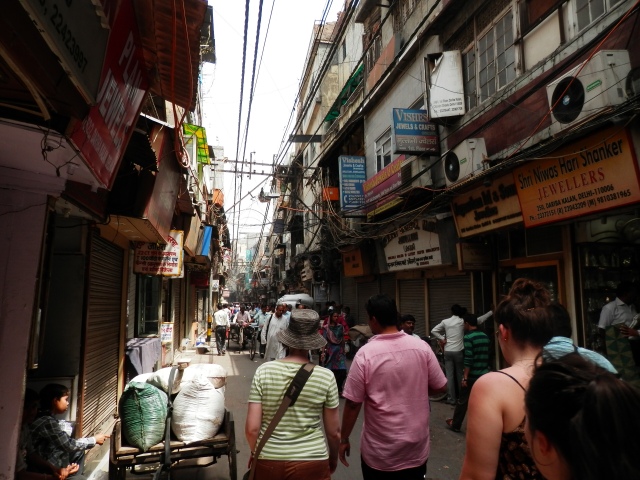 What I Experienced
India is one crazy place, so many people, really hot temperatures, infrastructure that breaks down regularly (6 power failures in 3 days in New Delhi), terrible poverty sitting right next to extreme wealth and an immense history that saw India the most wealthy country in 1600s. It hard to sum up India, confronting it can definitely be, especially in the largest cities. The locals seem to be cricket obsessed (I was in India during the Indian Premier League 20/20 competition).

The north and the south are very different. While the north has the great sites, the Sikh Temples, the Taj Mahal, Agra Fort and lots of palaces it’s culture appeared very different to the more laid back south which seemed at times to have a pacific island culture to go with the humid temperature. In the south I got to experience a Kathakali cultural show, seeing the precision of the performers and the colourful attire, in particular the face paint, made you feel like I was back in the 1600s.

The Hindu wedding celebrations appear to be something else. I only got to watch a few from outside the events but they are loud, colourful and go on for days. I also got to see a Bollywood film which seem to love signing and dancing with very proper women being courted throughout.

In a small village I got to play a game of cricket with the happy children and in the south in some places the locals all wanted their photos taken with me a white man, telling me how few non-Indians visit some of these areas.

I did get sick in India, I don’t believe you can avoid it when visiting but taking care and medication can limit the damage.

India was the last well major country I haven’t visited, I never many people who had been there many times. I left it this long due to the extreme weather and the reputation of visitors getting sick but I’m glad I finally did go.

Standing in front of the Taj Mahal and the baby Taj Mahal, seeing magnificent forts over 500 years old, seeing elephants up very close, happy children, great marble and gem craftsman up close and the great contrast from poor to rich, to fast paced and sleepy paced country areas is something that has taught me a great deal.

A World traveller who has so far experienced 71 countries in this amazing world. https://nathanburgessinsights.com/travel/
View all posts by Nathan →
This entry was posted in Travel and tagged India. Bookmark the permalink.