Flight Review – 3U8719 Lhasa to Kathmandu

Travelling with a group as part of the G Adventures High Road to Tibet tour we had an included return flights between Kathmandu (Nepal) and Lhasa (Tibet). The first leg was in economy (trip report here).

Check in Airport
Check in at Lhasa Gonggar Airport (Tibet) requires you to go though several security checks. First outside the airport your passport and bags are checked to allow you to approach the airport itself. From here you check you bags in. 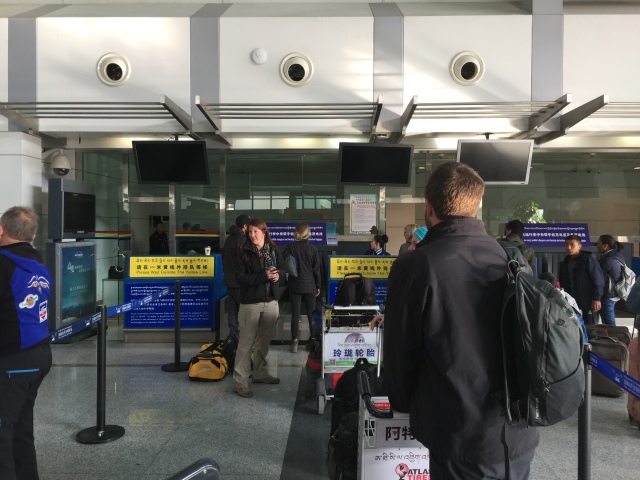 This is a very thorough process, four members of our group had the check in bags pulled and had to remove various items mostly touches. This process took 25 minutes for our group of 15 to be completed. There want you to carry liquids and battery packs on carry on luggage. 1.5 litre bottles of water are not a problem and aren’t really check for what type of liquid.

From here you go through Migration and Customs control. Once again very long process as you passport, flight details and where you have been in Tibet is thoroughly reviewed.

Once passed security there is a small food, shopping and seating area. There was a sign to a First Class Lounge but no idea who that lounge is for. We boarded over an hour late due to late arrival of aircraft plus very slow moving service of the plane. On boarding the plane it was made apparent that four members of our party were granted operational upgrades due to overselling economy, I was one of the lucky ones moved into Business Class. 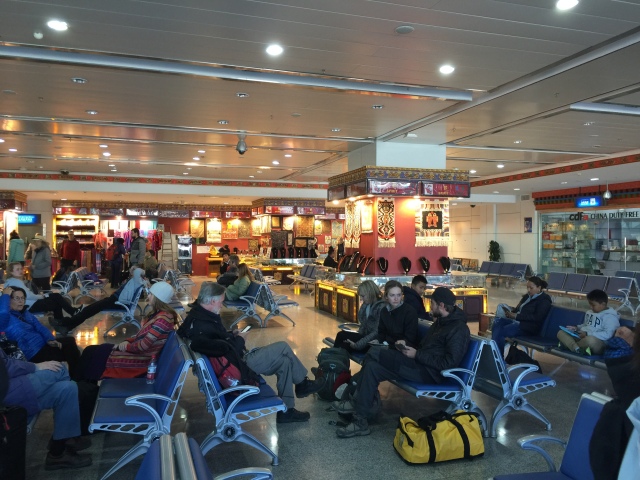 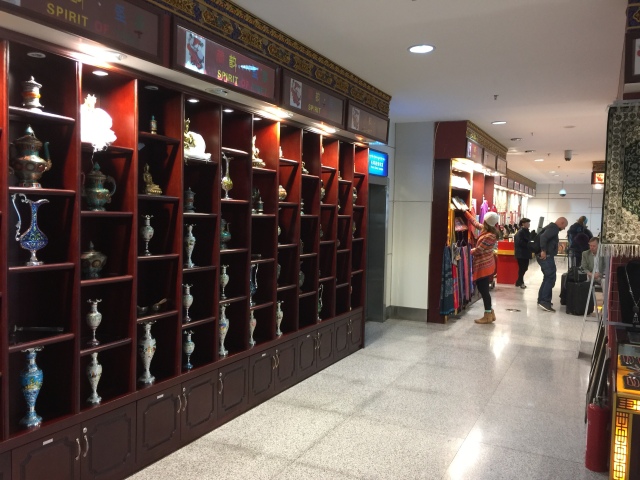 The Seat
There is a small business class area (2 x 2 across in 2 rows so 8 seats) followed by economy. 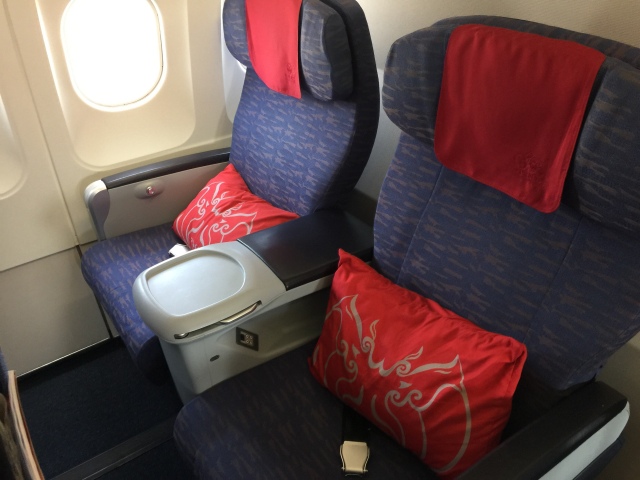 Meals
Before departure business class passengers were offered water, mint tea and honey roasted nuts. We were also asked to select our drinks for post departure and asked if we wanted a ‘refreshment meal’. The meal included fruit selection, checkin salad, and roast beef pieces. 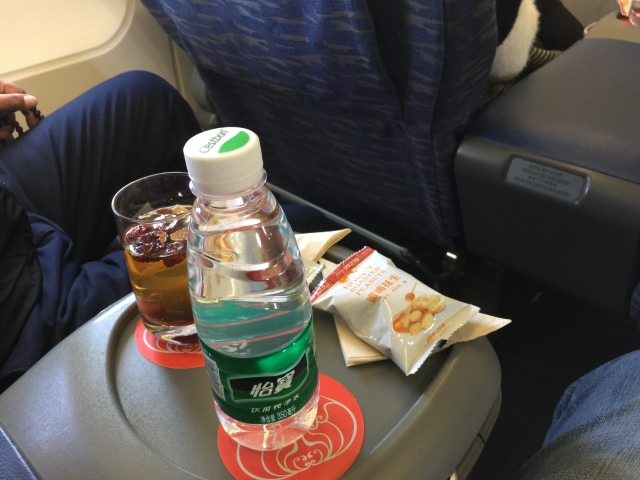 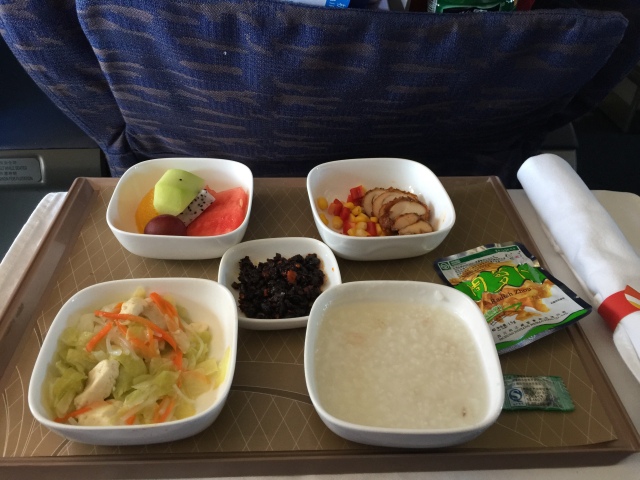 Service
The flight attendants provided great level of service, the meals were delivered quickly, passengers were reminded to not have electronic devices playing during take off and landing and several times on this short flight business passengers were asked if they could get us anything..

The Flight
We were delayed by 1 hour and 16 minutes but unlike the previous Kathmandu to Lhasa flight there was no made up time. Also this was a smooth flight with no air turbulence experienced. 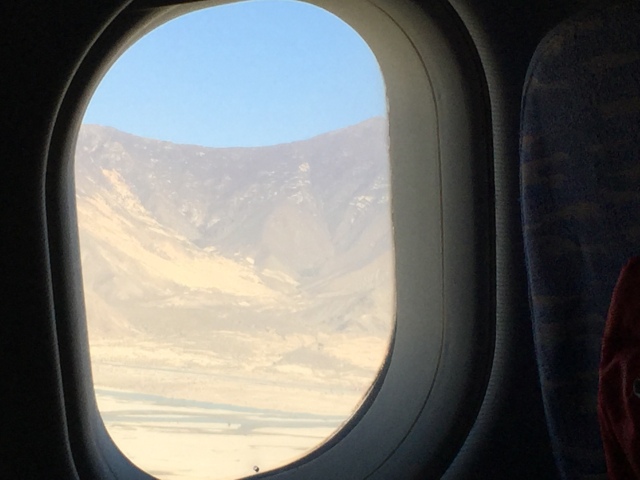 Arrival
We left the plane at Tribhuvan International Airport (Kathmandu Airport) via stairway and caught a bus to the terminal (which only went about 350 metres from the plane). Every arriving passenger has to complete arrival form even if you have multiple entry visa. However as our group had the multiple entry visa we lined up are the Foreigners with Visa queue and were quickly passed immigration.

From here you catch and escalator down to baggage collection, to access this area you need to go through a security scanner. Our bags come though about 25 minutes after landing.

Summary
Like previous flight the other way this is a good short flight with spectacular views. The operational upgrade was a nice bonus and the flight attendants definitely try to keep you happy. Sichuan Airlines appear to be a dependable airline.

A World traveller who has so far experienced 71 countries in this amazing world. https://nathanburgessinsights.com/travel/
View all posts by Nathan →
This entry was posted in Asia Trip 2018, Flight Reviews, Travel and tagged Sichuan Airlines. Bookmark the permalink.