Today I formally met the new tour members for the last leg of the trip Victoria Falls to Cape Town, officially this tour started started on 30 December but I missed the group meeting as I was on a night game drive that resulted in seeing a rhino up close :). There are 19 tour members (including me); Alicia, Brett, Marjan, Isabelle, Olivia, Ella, Andrew, Richard, Sarah, Ross, Laura, Rita, Christina, Ann, Jordan, Adam, Alexander and from my previous trip Roz and Arran. The truck is actually smaller so there is only two free seats and I have a seat buddy in Brett from now on. Our tour leader is Onary who now lives in South Africa but was originally from Zimbabwe.

We left Victoria Falls at 9.00 am and have an excellent experience in crossing back into Botswana, the fastest border crossing by far. Onary asked Roz, Arran and myself if we wanted to do the overnight bush camp experience at Chobe National Park which of course we said yes to. We left the base campsite in a very large game drive vehicle that accommodated us all and was much safer if a lion or elephant attacked like last time, not that that happened this time.

During this time we saw most of the same animals as last time with the big differences being seeing lion cubs, a lot more elephant babies, many baboon babies and two giraffes fighting each other which I didn’t even know that they did! 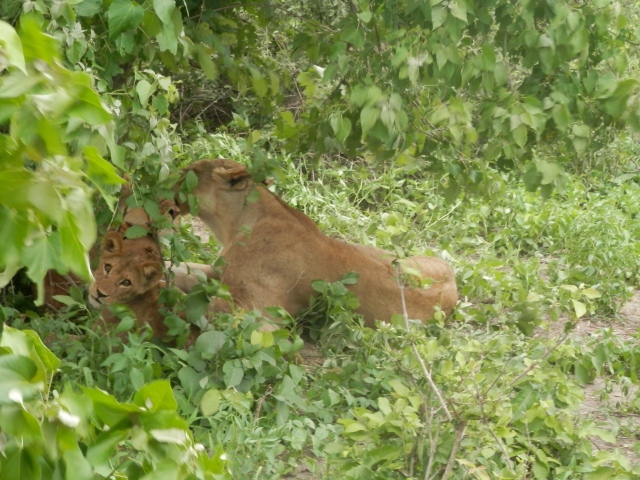 While the first part of the drive covered the same places the second part took us much deeper into the National Park. I’d say on balance the last Chobe National Park drive experiences were better but still seeing lion cubs licking their mother and fighting giraffes is a very good experience it’s just the last one was exceptional. 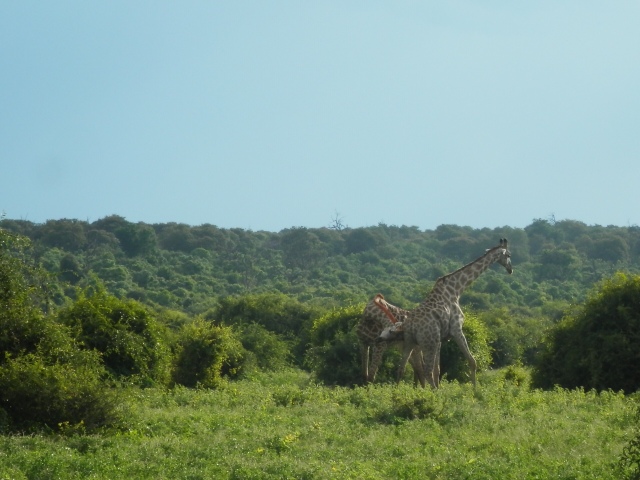 At the bush campsite I was provided with a single tent which included a cot bed, obviously reflecting the upgrade option I had for this leg meant I get a cot bed instead of a sleeping mat. I have to say I slept a lot easier on the cot then the mat.

A World traveller who has so far experienced 71 countries in this amazing world. https://nathanburgessinsights.com/travel/
View all posts by Nathan →
This entry was posted in Travel, World Trip 2017-18 and tagged Africa Travel Co, Botswana, Chobe National Park, On The Go Tours, Victoria Falls, Zimbabwe. Bookmark the permalink.