An early morning waking in the Serengeti found that no tour members had gone missing but all were excited for this morning’s final game drive in the Serengeti. Yesterday was off the scale with major encounters with wildlife so today we were a bit more subdued at least initially but the morning sunrise over our camp was worth the early start. 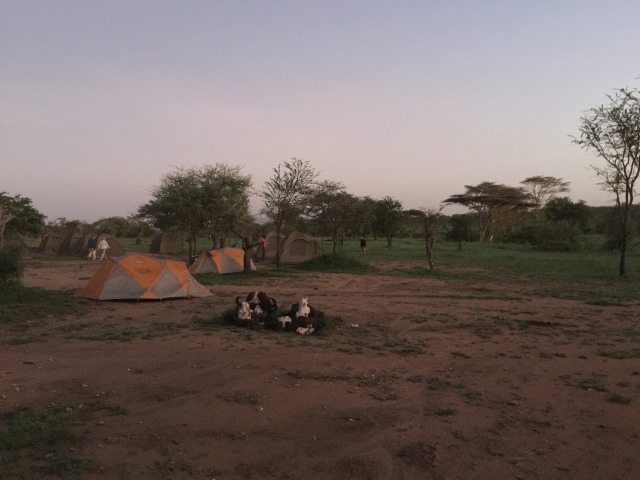 During this drive we found small mongoose active and running around, along with various types of antelopes. We enjoyed seeing a flock of vultures waiting for something to go wrong and pick up the pieces, unfortunately for them it wasn’t to be us today 🙂 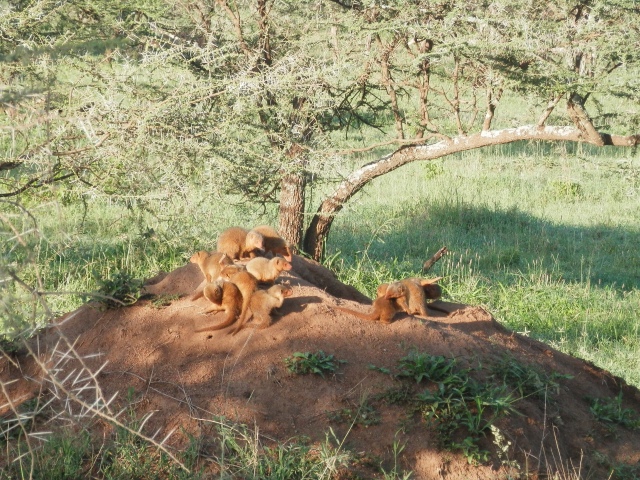 We did get to see some elephants fighting each other in the distance. Apparently this was just play or practise fighting so they will be ready for late real fights. Most of the day was seeing elephants up close including some very young, probably 2 week old, baby elephants and an entire herd who cross the road right in front of us which was amazing to see. 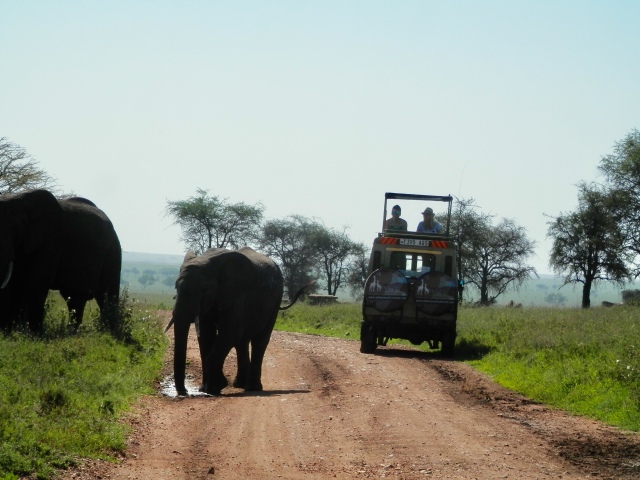 A one point Maggie pointed out we hadn’t seen a baby zebra and almost on order we found one very young zebra sunning itself. The young zebra however quickly got stress when it lost sight of it’s mother and couldn’ figure out a way to get around of 4WD but in the end baby and mum found each other for a happy moment.

We had anther experience with lionesses walking the area looking for a quiet and shady place to sleep. I was surprise how active we found these lions across the two days considering that they can sleep up to 18 hours per day. Lucky for us we saw a lot more activity then sleeping. 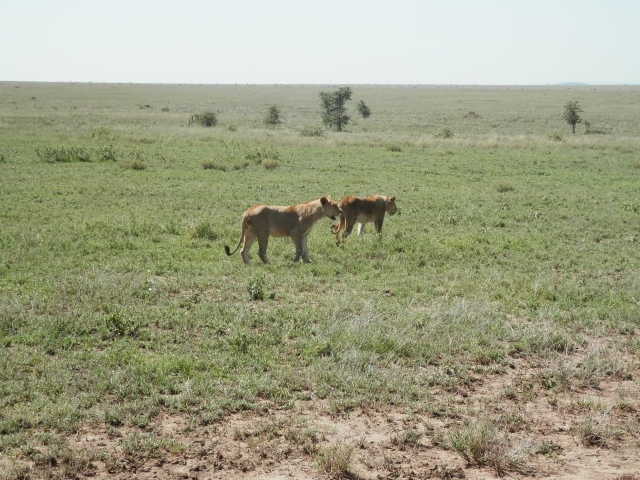 Our time in the Serengeti was at an end and we head out of the are which gave us one last view of the impressive landscape. Lunch was at one of the security gate areas were I ended up buying a way overpriced Tanzania magnet for my countries of the world collection.

It took approximately 5 hours to get back to Arusha and the Snake Park Campsite. Once again I upgrade to a very basic room. The campsite grounds themselves were extremely dust and difficult to put up tents. Despite not staying in a tent I helped Bill put up the ‘Kingfisher’ tent which I’ve been using on and off for the past few weeks.

A World traveller who has so far experienced 71 countries in this amazing world. https://nathanburgessinsights.com/travel/
View all posts by Nathan →
This entry was posted in Travel, World Trip 2017-2018 and tagged Africa Travel Co, Arusha, On The Go Tours, Serengeti, Tanzania. Bookmark the permalink.