Today was easily one of the highlights of the trip so far, right up there with trekking to the mountain gorillas in Uganda. A very early morning start meant we were at the gates of the Ngorongoro Crater around 6.15 am ready for today’s adventure. In my mind I was playing the Jurassic Park music as we past though the gates. The Ngorongoro Crater is a conversation area meaning some traditional tribes are allowed inside the boundaries and can farm.

The day started with a vehicle climb up the crater wall though some extremely lush rain forest. Our first stopping point allowed for one of the best landscape views I’ve seen in my life.

Across the morning in the Ngorongoro Crater we spotted lions, elephants, a black rhino (from afar), elands, buffalo, monkeys, baboons, ostriches, warthogs, hippos, hyenas, a mass of wildebeests, gazelles and loads of zebras. The highlight of the morning was the numerous sightings of lions. This started with a lioness walking around the 4WD vehicles and even marking some of them.

From here we found the lion pride all enjoying a recent kill. At one point one of the lions started checking out a lioness and this lead to a brief interaction with the lead lion who was having none of that and kicked the other lion out of the pack. Some hyenas managed to grab some of the kill during this time, never waste and opportunity I guess. 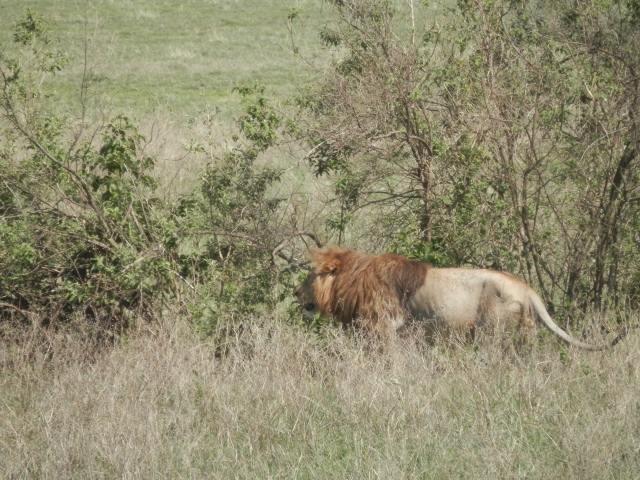 Not longer afterwards to managed to find a lioness with 4 cubs who she was carefully watching and protecting. The cubs seemed to be very happy with one playing around his mum’s legs. About fifty metres along a lone lioness was out hunting for food. Her job made a lot harder by the numerous 4WDs watching and following her.

The Ngorongoro Crater has an abundant amount of life. This former volcano has created a futile protected landscape for the animals. There were many young animals around as well including the lovely young warthog trotting along after it’s mother. Zebras appeared to be the most abundant animal in the crater.

At lunchtime we had to watch out for some birds that swooped down after any and all food. Maggie lost her beard roll when not paying enough attention. The guides ate outside the vehicles with their backs to each other. We all stayed in the 4WD after the first attack.

A World traveller who has so far experienced 71 countries in this amazing world. https://nathanburgessinsights.com/travel/
View all posts by Nathan →
This entry was posted in Travel, World Trip 2017-2018 and tagged Africa Travel Co, Ngorongoro Crater, On The Go Tours, Tanzania. Bookmark the permalink.