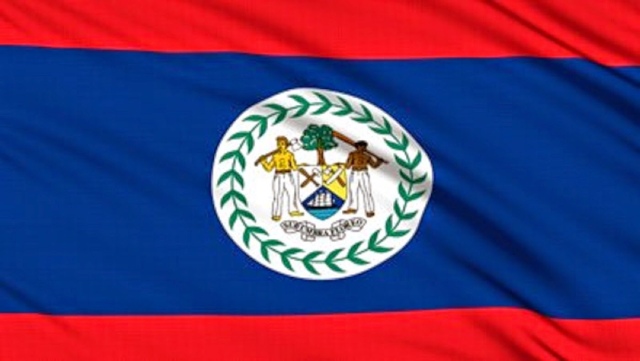 History and Geography
Covering 22,966 square kilometres Belize is a Caribbean country located on the north eastern coast of Central America. Belize is bordered on the north by Mexico, on the east by the Caribbean Sea, and on the south and west by Guatemala.

The Maya Civilization emerged at least three millennia ago in the lowland area of the Yucatán Peninsula and the highlands to the south, in the area of present-day south eastern Mexico, Belize, Guatemala, and western Honduras. Many aspects of this culture persist in the area, despite nearly 500 years of European domination.

The Maya civilization spread across the territory of present-day Belize around 1500 BC and flourished there until about 900 AD. Spanish conquistadors explored the land and declared it part of the Spanish Empire but failed to settle it because of its lack of resources and the hostile tribes of the Yucatán.

English pirates sporadically visited the coast of what is now Belize, seeking a sheltered region from which they could attack Spanish ships.  The first British permanent settlement was founded around 1716 in what became the Belize District.  The Spanish granted the British settlers the right to occupy the area and cut logwood in exchange for their help suppressing piracy.

The British first appointed a superintendent over the Belize area in 1786. Before then the British government had not recognized the settlement as a colony for fear of provoking a Spanish attack. The delay in government oversight allowed the settlers to establish their own laws and forms of government.

Throughout the 18th century, the Spanish attacked Belize every time war broke out with Britain. The Battle of St. George’s Caye was the last of such military engagements, in 1798.

In the early 19th century, the British sought to reform the settlers, threatening to suspend the local Government unless it observed the government’s instructions to eliminate slavery outright. After a generation of wrangling, slavery was abolished in the British Empire in 1833.

In 1836, after the emancipation of Central America from Spanish rule, the British claimed the right to administer the region. In 1862, the United Kingdom formally declared it a British Crown Colony, subordinate to Jamaica, and named it British Honduras.

The Great Depression of the 1930s caused a near-collapse of the colony’s economy as British demand for timber plummeted. The effects of widespread unemployment were worsened by a devastating hurricane that struck the colony in 1931. Perceptions of the government’s relief effort as inadequate were aggravated by its refusal to allow labour unions or introduce a minimum wage. Economic conditions improved during World War II, as many Belizean men entered the armed forces or otherwise contributed to the war effort.

Following the war, the colony’s economy stagnated. Britain’s decision to devalue the British Honduras dollar in 1949 worsened economic conditions and led to the creation of the People’s Committee, which demanded independence. The People’s Committee’s successor, the People’s United Party (PUP), sought constitutional reforms that expanded voting rights to all adults. The first election under universal suffrage was held in 1954 and was decisively won by the PUP, beginning a three-decade period in which the PUP dominated the country’s politics. Pro-independence activist George Cadle Price became PUP’s leader in 1956 and the effective head of government in 1961, a post he would hold under various titles until 1984.

Under a new constitution, Britain granted British Honduras self-government in 1964. On 1 June 1973, British Honduras was officially renamed Belize.  Progress toward independence, however, was hampered by a Guatemalan claim to sovereignty over Belizean territory.

Belize was granted independence on 21 September 1981. Guatemala refused to recognize the new nation because of its longstanding territorial dispute with the British colony, claiming that Belize belonged to Guatemala. About 1,500 British troops remained in Belize to deter any possible incursions.

British soldiers were withdrawn in 1994, but the United Kingdom left behind a military training unit to assist with the newly created Belize Defence Force.

What I experienced
Belize is a small coastal country with immense natural beauty in the two places I spent time (Caye Caulker and San Ignacio).  Time of the island was very relaxing with the slow Caribbean life a nice way to live if you can afford it.  Exploring sea life in the Caribbean was a very enjoyable experience something I would recommend.  Hiking and exploring the Actun Tunichil Muknal caves in San Ignacio was an experience on two levels, just getting there and back safely was a test, holding onto a rope as your cross a rushing river with water up to your neck gets you focused.  But seeing and exploring a Mayan human sacrifice site was fascinating, swimming to the entrance with shoes on was a learning experience as well!

Belize is a small country with a unique history by it’s association with United Kingdom involvement while surrounded by Spanish colonies and that combined with the beautiful environment makes Belize well worth visiting if you are in this area.

Actun Tunichil Muknal caves – San Ignacio, Belize (Note: this photo was not taken during my visit)

Actun Tunichil Muknal caves – San Ignacio, Belize (Note: Not my photo – this was how you explore the cave)

A World traveller who has so far experienced 71 countries in this amazing world. https://nathanburgessinsights.com/travel/
View all posts by Nathan →
This entry was posted in Travel and tagged Belize. Bookmark the permalink.