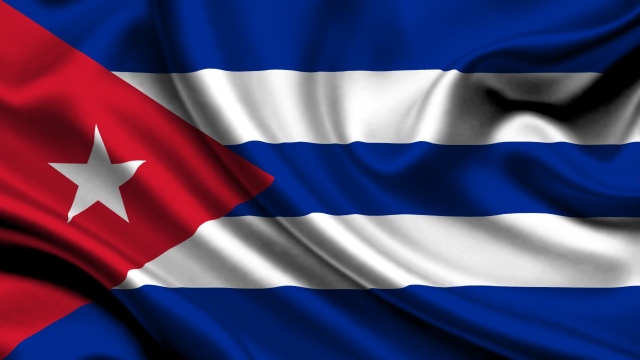 History and Geography
Covering 109,884 square kilometres Cuba is located in the northern Caribbean where the Caribbean Sea, Gulf of Mexico and Atlantic Ocean meet. It is east of the Yucatán Peninsula (Mexico), south of both the U.S.A (Florida) and the Bahamas, west of Hispaniola, and north of both Jamaica and the Cayman Islands.

Cuba was inhabited by two distinct tribes of indigenous peoples of the Americas: the Taíno, and the Guanahatabey.  The ancestors of the Taíno migrated from the mainland of South America, with the earliest sites dated to 5,000 BC.

Christopher Columbus commanded his three ships: La Pinta, La Niña and the Santa María, discovering Cuba on 27 October 1492, and landed on the north-eastern coast on 28 October 1492.  Columbus claimed the island for the new Kingdom of Spain and named it Isla Juana after Juan, Prince of Asturias.

In 1511, the first Spanish settlement was founded by Diego Velázquez de Cuéllar at Baracoa. Other settlements soon followed, including San Cristobal de la Habana, founded in 1515, which later became the capital. The indigenous Taíno were forced to work under the encomienda system, which resembled the feudal system in medieval Europe. Within a century, the indigenous people were virtually wiped out.

Cuba developed slowly and, unlike the plantation islands of the Caribbean, had a diversified agriculture. Most importantly, the colony developed as an urbanized society that primarily supported the Spanish colonial empire. By the mid-18th century, there were 50,000 slaves on the island, compared to 60,000 in Barbados and 300,000 in Virginia; as well as 450,000 in Saint-Domingue.

The Seven Years’ War, which erupted in 1754 across three continents and eventually come to Cuba.  The British arrived on 6 June 1762, and by August, had placed Havana under siege.  When Havana surrendered, the admiral of the British fleet, George Pocock immediately opened up trade with their North American and Caribbean colonies, causing a rapid transformation of Cuban society.

Less than a year after Britain captured Havana, it signed the 1763 Treaty of Paris together with France and Spain, ending the Seven Years’ War. The treaty gave Britain Florida in exchange for Cuba.

Full independence from Spain was the goal of a rebellion in 1868. On 27 December 1868 Carlos Manuel de Céspedes issued a decree condemning slavery in theory but accepting it in practice and declaring free any slaves whose masters present them for military service. The 1868 rebellion resulted in a prolonged conflict known as the Ten Years’ War. A great number of the rebels were volunteers from Puerto Rico, the Dominican Republic, Mexico, and the United States.

Spain and the United States declared war on each other in late April 1898 over Cuba.  The Battle of Santiago de Cuba, on 3 July 1898, was the largest naval engagement during the Spanish–American War, and resulted in the destruction of the Spanish Caribbean Squadron. Resistance in Santiago consolidated around Fort Canosa, while major battles between Spaniards and Americans took place at Las Guasimas on 24 June, and at El Caney and San Juan Hill on 1 July 1898.

After the Spanish–American War, Spain and the United States signed the Treaty of Paris (1898), by which Spain ceded Puerto Rico, the Philippines, and Guam to the United States for the sum of US$20 million  and Cuba became a protectorate of the United States. Cuba gained formal independence from the U.S.A. on 20 May 1902, as the Republic of Cuba.

Following disputed elections in 1906, the first president, Tomás Estrada Palma, faced an armed revolt by independence war veterans who defeated the government forces. The U.S.A. intervened by occupying Cuba and named Charles Edward Magoon as Governor for three years.  In 1908, self-government was restored when José Miguel Gómez was elected president, but the U.S. continued intervening in Cuban affairs.

In 1924, Gerardo Machado was elected president.[84] During his administration, tourism increased markedly, and American-owned hotels and restaurants were built to accommodate the influx of tourists.  The tourist boom led to increases in gambling and prostitution in Cuba.  The Wall Street Crash of 1929 led to a collapse in the price of sugar, political unrest, and repression.  Gerardo Machado was replaced by Carlos Manuel de Céspedes y Quesada.

In September 1933, the Sergeants’ Revolt, led by Sergeant Fulgencio Batista, overthrew President Céspedes. A five-member executive committee (the Pentarchy of 1933) was chosen to head a provisional government. Ramón Grau San Martín was then appointed as provisional president. Grau resigned in 1934, leaving the way clear for Batista, who dominated Cuban politics for the next 25 years, at first through a series of puppet-presidents.

After finishing his term in 1944 Batista lived in Florida, returning to Cuba to run for president in 1952. Facing certain electoral defeat, he led a military coup that pre-empted the election. Back in power, and receiving financial, military, and logistical support from the United States government, Batista suspended the  Constitution and revoked most political liberties, including the right to strike. He then aligned with the wealthiest landowners who owned the largest sugar plantations.

In 1958, Cuba was a relatively well-advanced country by Latin American standards, and in some cases by world standards. Unemployment became a problem as graduates entering the workforce could not find jobs. The middle class, which was comparable to that of the United States, became increasingly dissatisfied with unemployment and political persecution. The labour unions supported Batista until the very end. Batista stayed in power until he was forced into exile in December 1958.

In 1956, Fidel Castro and about 80 supporters landed from the yacht Granma in an attempt to start a rebellion against the Batista government. It was not until 1958 that Castro’s July 26th Movement emerged as the leading revolutionary group.

By late 1958 the rebels had broken out of the Sierra Maestra and launched a general popular insurrection. After Castro’s fighters captured Santa Clara, Batista fled with his family to the Dominican Republic on 1 January 1959.  Fidel Castro’s forces entered the capital on 8 January 1959. The liberal Manuel Urrutia Lleó became the provisional president.

The United States government initially reacted favourably to the Cuban revolution, seeing it as part of a movement to bring democracy to Latin America. Castro’s legalisation of the Communist party and the hundreds of executions of Batista agents, policemen and soldiers that followed caused a deterioration in the relationship between the two countries.  The reclaiming of land under the Agrarian Reform Law from large U.S. landholders further worsened relations.

In March 1960, U.S. President Dwight D. Eisenhower gave his approval to a CIA plan to arm and train a group of Cuban refugees to overthrow the Castro regime. The invasion (known as the Bay of Pigs Invasion) took place on 14 April 1961, during the term of President John F. Kennedy. About 1,400 Cuban exiles disembarked at the Bay of Pigs, but failed in their attempt to overthrow Castro.  he Cuban Missile Crisis (October 1962) almost sparked World War III.

Soviet troops began to withdraw from Cuba in September 1991,and Castro’s rule was severely tested in the aftermath of the Soviet collapse in December 1991 (known in Cuba as the Special Period). The country faced a severe economic downturn following the withdrawal of Soviet subsidies worth $4 billion to $6 billion annually, resulting in effects such as food and fuel shortages.

Cuba has since found a new source of aid and support in the People’s Republic of China. In addition, Hugo Chávez, then-President of Venezuela, and Evo Morales, President of Bolivia, became allies and both countries are major oil and gas exporters.

In February 2008, Fidel Castro announced his resignation as President of Cuba due to ill health.  On 24 February his brother, Raúl Castro, was declared the new president. In his inauguration speech, Raúl promised that some of the restrictions on freedom in Cuba would be removed.  The U.S.A. to this day still imposes strong embargos and sanctions.  These were reduced (not removed) during the Obama administration but increased by the Trump administration in 2017. 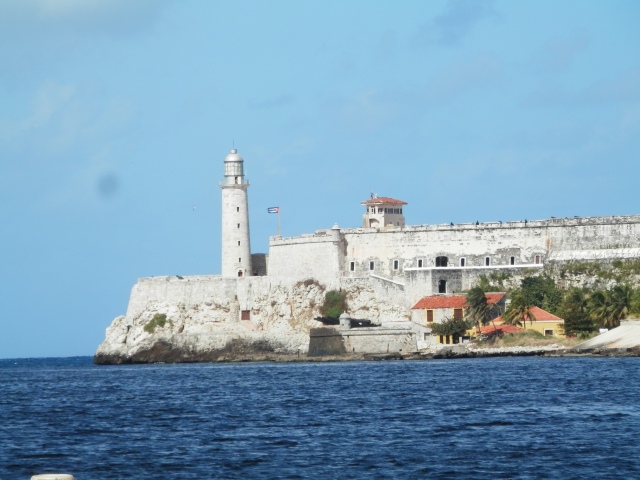 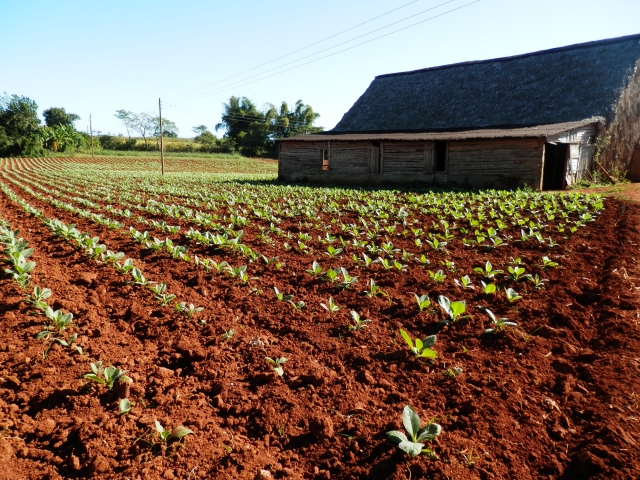 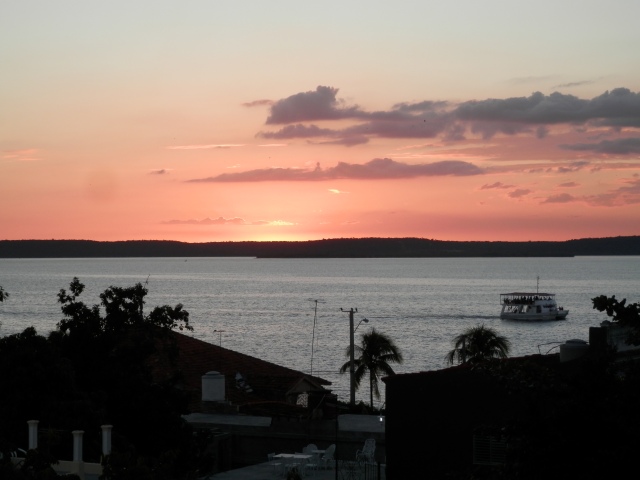 What I experienced
I thoroughly enjoy my time in Cuba, the locals were a wonderful people and staying in local homes might have given me an even more favourable view of Cubans. During the day the country seems very relaxed but at night a lot of the people come alive with enthusiastic dancing and singing. The countryside is beautiful as well and the coastal water sublime, especially when swimming in them. The Spanish architecture is wonderful and the vintage cars a real throw back.

I could see the strong hand of the Government in restrictions over limiting things like the internet and even buying food items but maybe because of this there was a strong sense of community as families and streets combined to support each other by providing bartered trades like mechanics, and hair dressing.

Cuba is a such a fascinating country it’s a shame so many people can’t visit (in particular restrictions on people from their nearby neighbours in the USA).

A World traveller who has so far experienced 71 countries in this amazing world. https://nathanburgessinsights.com/travel/
View all posts by Nathan →
This entry was posted in Travel and tagged Cuba. Bookmark the permalink.