History and Geography
Zambia is a landlocked country in Southern-Central Africa covering 752,618 square kilometres and is bordered by he Democratic Republic of the Congo to the north, Tanzania to the north-east, Malawi to the east, Mozambique to the southeast, Zimbabwe and Botswana to the south, Namibia to the southwest, and Angola to the west.

Archaeological excavation work on the Zambezi Valley and Kalambo Falls show a succession of human cultures.  The fossil skull remains of Broken Hill Man, dated between 300,000 and 125,000 years BC.  The area of modern Zambia is known to have been inhabited by the Khoisan and Batwa peoples until around AD 300 when migrating Bantu began to settle around these areas.  The Bantu people originally lived in West/Central Africa around what is today Cameroon/Nigeria. Around 4000 to 3000 years ago they began a millennia-long expansion into much of the continent.

The earliest recorded European to visit the area was the Portuguese explorer Francisco de Lacerda in the late 18th century. Lacerda led an expedition from Mozambique to the Kazembe region in Zambia (with the goal of exploring and to crossing Southern Africa from coast to coast for the first time).

Other European visitors followed in the 19th century. The most prominent of these was David Livingstone, who had a vision of ending the slave trade through the “3 Cs”: Christianity, Commerce, and Civilisation. He was the first European to see the magnificent waterfalls on the Zambezi River in 1855, naming them the Victoria Falls after Queen Victoria of the United Kingdom.  Locally the falls are known as “Mosi-o-Tunya” or “thundering smoke” in the Lozi or Kololo dialect. The town of Livingstone, near the Falls, is named after him.

In 1923, Southern Rhodesia (now Zimbabwe), became a self-governing British colony. In 1924, after negotiations, the administration of Northern Rhodesia transferred to the British Colonial Office.

A two-stage election held in October and December 1962 resulted in an African majority in the legislative council and an uneasy coalition between the two African nationalist parties. The council passed resolutions calling for Northern Rhodesia’s secession from the federation and demanding full internal self-government under a new constitution.

The federation was dissolved on 31 December 1963, and in January 1964, Kaunda won the only election for Prime Minister of Northern Rhodesia.  Northern Rhodesia became the Republic of Zambia on 24 October 1964, with Kenneth Kaunda as the first president.

In 1990 now President Kaunda survived an attempted coup, and in 1991 he agreed to reinstate multiparty democracy, having instituted one-party rule under the Choma Commission of 1972. Following multiparty elections, Kaunda was removed from office 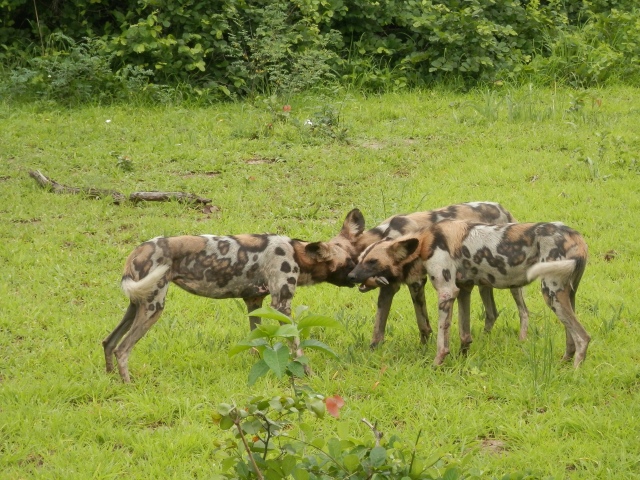 What I experienced
I was only in Zambia for 5 days and one of them was mostly travelling but I witness an incredibly beautiful country with diverse wildlife and many green mountains and trees.  The Christmas day game drive in the South Luangwa National Park was memorable for watching how well colourful wild days hunt.

But the real highlights were sitting by the Zambezi river listening to the wind and watching the sunset and coming across the magnificent Victoria Falls standing at around 108 metres high with a width of approximately 1,708 metres, for the first time.  While I would enjoy the Falls in greater depth from Zimbabwe side here I started to understate the appeal of this wonder of the natural world.

Worth visiting just for Zambezi River and Victoria Falls and visiting both Zambia and Zimbabwe to fully experience this area.

A World traveller who has so far experienced 71 countries in this amazing world. https://nathanburgessinsights.com/travel/
View all posts by Nathan →
This entry was posted in Travel and tagged Zambia. Bookmark the permalink.