A huge day overall that started with us leaving camp at 5 am after a 4 am wake up. Even at 4 am in the morning it was extremely humid and I was glad I only had a daypack to carry during the morning. Our truck drop us off after a 15 minute ride from there we caught a small ferry across to Dar Es Salam proper followed by a bus to the main port terminal and then eventually we got on the main ferry that took just less than 2 hours to travel to Zanzibar. 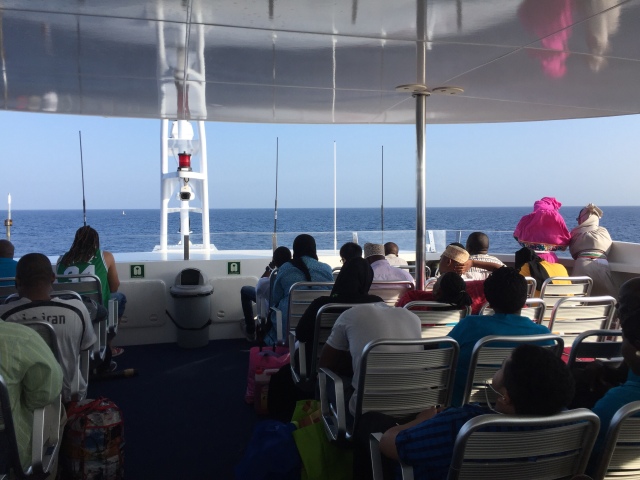 Zanzibar is in an interesting situation in many ways it isn’t it’s own country but you have to go though Immigration control and get a visa stamp in your passport, they also have a national soccer team that plays, and beats, other African countries. In many ways it’s actually it’s own country, I compare it to China and Hong Kong, technically one country (China) but in reality one country two systems. They ferry over put some much needed freeze and colder (but not cold) air. My accommodation was about 800 metres from the main Port building but the majority of tour members opted for other accommodation and to do their own thing over the next three nights.

Emilie, Logan, Roz, Arran, Tera, Yukon and myself opted for the spice farm tour commencing at 12.30 pm. I used the down time to have a shower in my air conditioned room, it felt like such luxury. Logan, Emile, Tera and myself ventured out to find a cold drink and ended up having an early lunch before the tour started given we had eaten breakfast at 4.15 am.

It turned out the spice farm tour also included lunch so it was two lunches today but I could barely finish half of the included later lunch. We were driven to the spice farm in an air conditioned comfortable bus, a real upgrade to our travel, with the ride taking about 45 minutes. 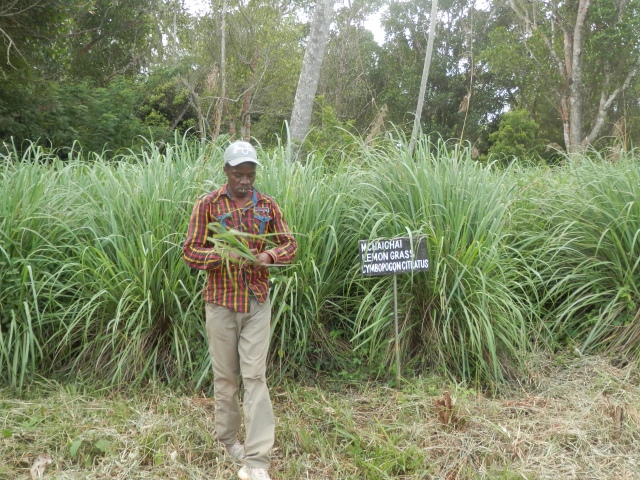 The spice farm we were taken to is a community cooperative with everyone helping out. It was pointed out that while Zanzibar is a Muslim country that in this cooperative a church sits right next to a mosque and everyone gets along. Across that next two hours we were shown many different spices but also fruits and herbs these included bananas, pineapple, cinnamon, cardamom, lemongrass, anatodye, chilli peppers and perfumes they make from the plants. Near the end of the tour we were offered different types of tea and local fruits while having banana leaf crowns made for us 🙂

We then returned to Stone Town for a city tour.

This was mostly dominated by a visit to the former Slave Market now a church (Christ Church) created by the missionaries who helped abolish the slave trade. The church is still active with services on Sundays for the small group of Christians in the area. Visiting one of the below ground holding pens it was difficult to imagine that 70 people stayed in that small a small. 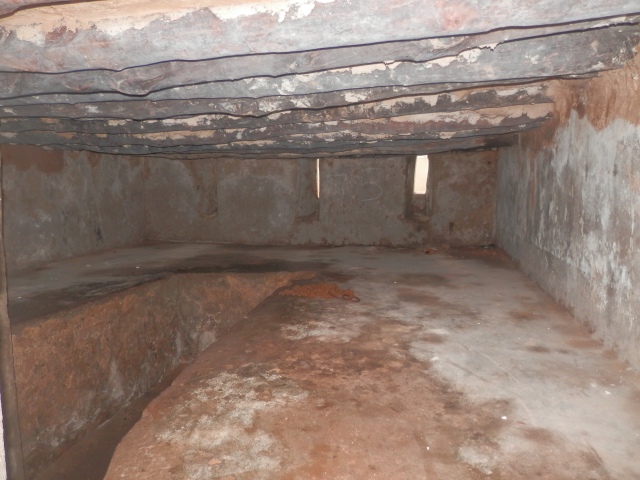 We then undertook a short walk though the small alley ways that are quite easy to get lost in (which I did later in the day), taking in the old style craved doors as we went. Next up was a visit to the Old Fort that was used to keep away European invaders by the Sultan, then a visit to the ‘House of Wonders’ – named for having electricity, running water and a lift before anywhere else in Africa, and finally to Freddie Mercury’s (lead singer from Queen) childhood house.

With the tour over we ended up at The Africa House Hotel for some drinks while watching the sun come down and created an amazing sunset.

Emilie, Logan, Tera and myself then visited the Food Night Market were we hopefully purchased our dinners from and which turned out to be fine. I had what was called a pizza but was closer to a pie which was quite nice. After escorting Tera back to her lovely hotel Logan, Emilie and myself managed to get lost for a while trying to find our hotel amongst the twisting and turning alley ways which we eventually found after an extended 15-20 minute adventure. A very big day. 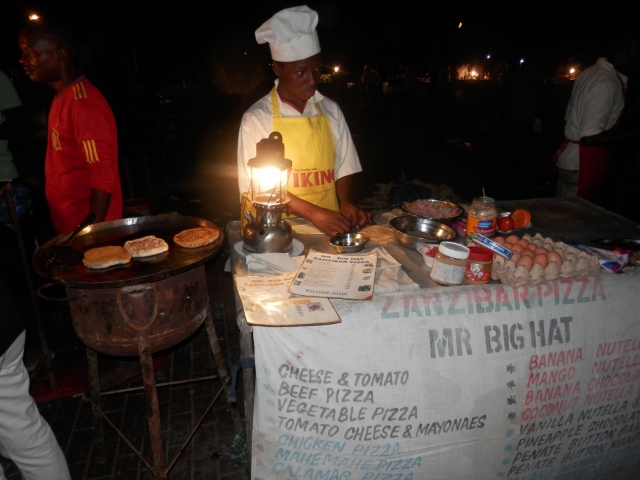 A World traveller who has so far experienced 71 countries in this amazing world. https://nathanburgessinsights.com/travel/
View all posts by Nathan →
This entry was posted in Travel, World Trip 2017-2018 and tagged Dar Es Salaam, On The Go Tours, Stone Town, Tanzania, Zanzibar. Bookmark the permalink.