Today begins my next G Adventure tour, Japan Expess: Osaka to Tokyo.  So this meant checking out of my single room and into a twin that I will later be sharing with fellow G Adventure traveller Alexander Taplin for the next 8 nights.

I worked out last night I could walk to the famous Osaka Castle from the hotel which took about 30 minutes to reach.  The Castle was originally built in the late 1500s opening officially in 1597.  In 1583 Toyotomi Hideyoshi commenced construction and it changed hands a number of times.

The complex has two moat, and outer and inner moat.  Between them are a number of fortifications.  The main tower is impressive and has dedorcations of gold and dragons.  The grounds are massive apparently in late March to fields glow with cherry blossoms.  There were children everywhere but still looks of spaces to rest, relax and reflect.

The Main Tower is 8 stories tall and at the top offers a great view of the surrounding area.  The Tower also has a small museum on the history of the castle and the local rulers who all appeared to be terrible tyrants. 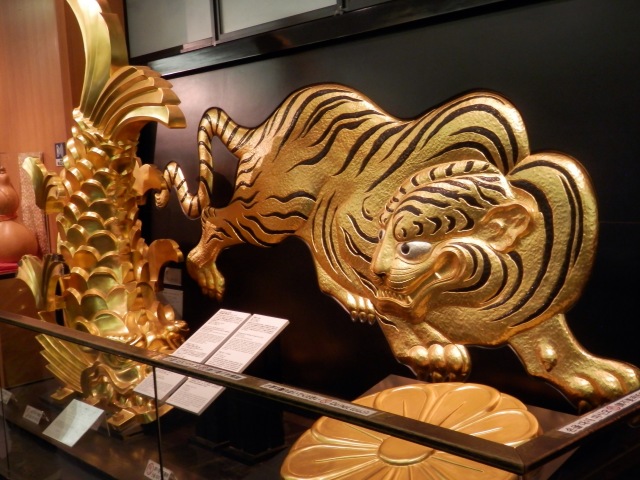 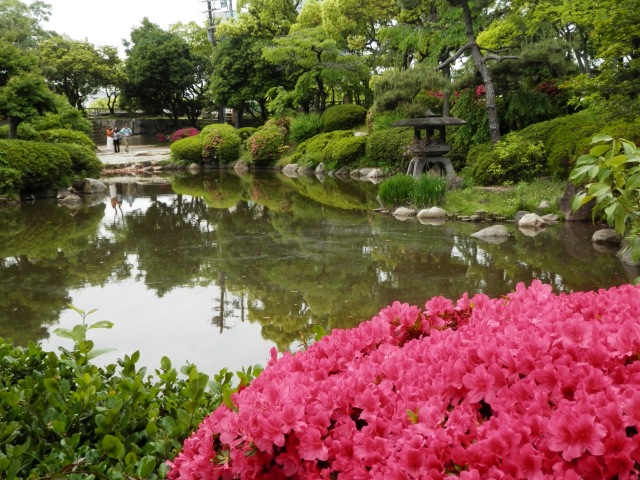 So most of the group was there for the briefing.  My roommate showed up part way though.  Alex has been on the road though Asia since January and just flew in from Beijing.  Most of the group went out for dinner while Ted organised our rail passes for the next week.  Pumped to start this trip and for the people I spoken to tonight this is a dream trip for them so it should be a blast.

A World traveller who has so far experienced 71 countries in this amazing world. https://nathanburgessinsights.com/travel/
View all posts by Nathan →
This entry was posted in Travel, World Trip 2015 and tagged Japan, JapanG, Osaka. Bookmark the permalink.