Saturday 13 May 2006
Highlights: Learning the history of Checkpoint Charlie

I visited Checkpoint Charlie and learned about all the escape attempts and the 100+ people who died.   You have to remember that West Berlin was surrounded by East Berlin.   East Berlin trains went through the West, but didn’t stop.   During the blockade it would have been very difficult to live in West Berlin.

A lot of the East Berlin sights are only still here because the West paid for them to be restored. Again today I was reminded of how today we restrict the movement of people with borders and guns.   After the countries reunited the new Parliament moved back to Berlin and the site of the Parliament is in the old Deathstrip between the two sides.   The current leader was actually from East Germany.

It’s hard to remember that the slaughter of some many people in World War 2 started because no one stood up to Hitler until it was too late.   It’s a lesson we all need to remember.   You are actually a patriot to stand up against and / or question your government.

On a lighter side I again caught up with Bec, Emily, Jess and Danny and we shared some drinks, the girls drowned in cheap vodka.   It’s a great aspect of BusAbout seeing people again and hearing their stories, a mixed of being independent and being in a group.   Emotionally you find yourself very engaged with fellow travellers and have great fun. 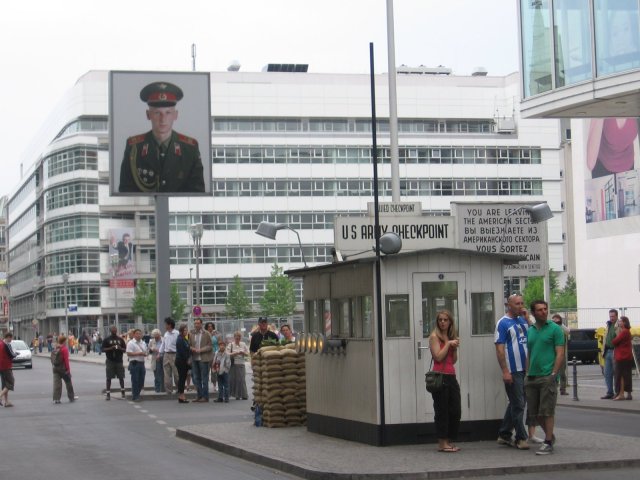 A World traveller who has so far experienced 71 countries in this amazing world. https://nathanburgessinsights.com/travel/
View all posts by Nathan →
This entry was posted in Travel, World Trip 2006 and tagged Berlin, Germany. Bookmark the permalink.