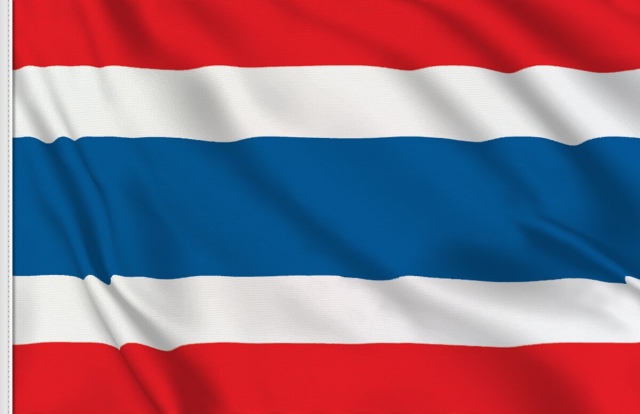 There is evidence of continuous human habitation in present-day Thailand from 20,000 years ago to the present day. The earliest evidence of rice growing is dated at 2,000 BCE. Bronze appeared circa 1,250–1,000 BCE.

The Khmer people established the Khmer empire, centred in Angkor, in the 9th century which cover part of modern day Thailand. After the decline of the Khmer Empire and Kingdom of Pagan in the early-13th century, various states thrived in their place. The domains of Tai people existed from the northeast of present-day India to the north of present-day Laos and to the Malay peninsula. During the 13th century, Tai people had already settled in the core land of Dvaravati and Lavo Kingdom to Nakhon Si Thammarat in the south.

Around 1240, Pho Khun Bang Klang Hao, a local Tai ruler, rallied the people to rebel against the Khmer. He later crowned himself the first king of Sukhothai Kingdom in 1238.

To the north, Mangrai, who descended from a local ruler lineage of Ngoenyang, founded the kingdom of Lan Na in 1292, centred in Chiang Mai. He unified the surrounding area and his dynasty would rule the kingdom continuously for the next two centuries. He also created a network of states through political alliances to the east and north of the Mekong.

The Ayutthaya Kingdom rose from the earlier, nearby Lavo Kingdom and Suvarnabhumi with Uthong as its first king. Ayutthaya was a patchwork of self-governing principalities and tributary provinces owing allegiance to the King of Ayutthaya.

European contact and trade started in the early-16th century, with the envoy of Portuguese duke Afonso de Albuquerque in 1511. The Portuguese were followed in the 17th century by the French, Dutch, and English. Rivalry for supremacy over Chiang Mai and the Mon people pitted Ayutthaya against the Burmese Kingdom. Several wars with its ruling dynasty Taungoo Dynasty starting in the 1540s in the reign of Tabinshwehti and Bayinnaung were ultimately ended with the capture of the capital in 1570. Then was a brief period of vassalage to Burma until Naresuan proclaimed independence in 1584.

After a bloody period of dynastic struggle, Ayutthaya entered into what has been called the Siamese “golden age”, a relatively peaceful episode in the second quarter of the 18th century when art, literature, and learning flourished. The last fifty years of the kingdom witnessed bloody succession crises, where there were purges of court officials and able generals for many consecutive reigns. In 1765, a combined 40,000-strong force of Burmese armies invaded it from the north and west.  The capital and much territories lied in chaos after the war. The former capital was occupied by the Burmese garrison army.

General Chao Phraya Chakri (the future Rama I) was the first king of the ruling Chakri Dynasty and founder of the Rattanakosin Kingdom on 6 April 1782. The Burney Treaty signed in 1826, after the British victory in the First Anglo-Burmese War created formal trade arrangements.  Chulalongkorn (r. 1868–1910) initiated centralisation, set up a privy council, and abolished slavery and the corvée system.

Thailand is the only Southeast Asian nation never to have been colonised by a Western power,[42] in part because Britain and France agreed in 1896 to make the Chao Phraya valley a buffer state.  The Palace Revolt of 1912 was a failed attempt by Western-educated military officers to overthrow the Siamese monarchy.   In 1917, Siam joined the First World War on the side of the Allies as there were concerns that the Allies might punish neutral countries and refuse to amend past unequal treaties.  In the aftermath Siam joined the Paris Peace Conference.

A bloodless revolution took place in 1932, carried out by a group of military and civilian officials Khana Ratsadon. Prajadhipok was forced to grant the country’s first constitution, thereby ending centuries of absolute monarchy.  In 1940, there was a decree changing the name of the country from “Siam” to “Thailand”. In 1941, Thailand was in a brief conflict with Vichy France resulting in Thailand gaining some Lao and Cambodian territories.

On 8 December 1941, the Empire of Japan launched an invasion of Thailand, and fighting broke out shortly before Phibun ordered an armistice. Japan was granted free passage, and on 21 December Thailand and Japan signed a military alliance with a secret protocol, wherein the Japanese government agreed to help Thailand regain lost territories. The Thai government declared war on the United States and the United Kingdom. The Free Thai Movement was launched both in Thailand and abroad to oppose the government and Japanese occupation. After the war ended in 1945, Thailand signed formal agreements to end the state of war with the Allies. Most Allied powers had not recognised Thailand’s declaration of war.

After the United States joined the Vietnam War in 1961, there was a secret agreement wherein the U.S. promised to protect Thailand.  The period brought about increasing modernisation and Westernisation of Thai society. Rapid urbanisation occurred when the rural populace sought work in growing cities.

The 1997 Asian financial crisis originated in Thailand and ended the country’s 40 years of uninterrupted economic growth. The politics of Thailand is conducted within the framework of a constitutional monarchy, whereby a hereditary monarch serves as head of state.  Criticism of monarchy is outlawed.

What I experienced
I’ve been lucky enough to visit Thailand twice, first in 2012 and later in 2016.  Thailand is a very humid place with lots of activity.  The many palaces and Buddha Temples and statues are beautiful and tell stories with immerse history.  Definitely worth cruising the canals and rivers around Bangkok to get a good perspective of this massive capital.  I also thoroughly enjoyed visiting some of Thailand’s islands and National Parks, their beaches and mountains are great places to swim and hike respectively.

Thailand is a very green country, and it’s worth taking the time to visit parks to seek out the many orchids that Thailand is famous for.  Butterfly farms are also very colourful.  But not everything is relaxing and quite, just go shopping or attend a Muay Thai event (kickboxing) to see the other side.  You can then go back to calm events like watching a Shadow Puppet show or launching Chinese lanterns watching them light up the night sky.

The Thailand I experience was both relax and hectic, both full of nature and historical sights but also with lots of industrialisation and pollution (in parts).  Thailand is intoxicating and has something for almost everyone.

A World traveller who has so far experienced 71 countries in this amazing world. https://nathanburgessinsights.com/travel/
View all posts by Nathan →
This entry was posted in Travel and tagged Thailand. Bookmark the permalink.