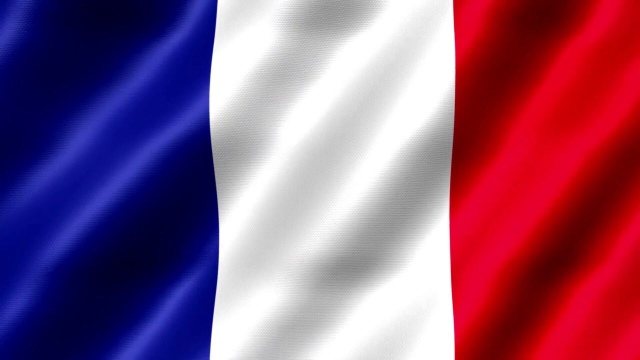 History and Geography
France extends from the Mediterranean Sea to the English Channel and the North Sea, and from the Rhine to the Atlantic Ocean. It is bordered by Belgium, Luxembourg and Germany to the northeast, Switzerland, Monaco, and Italy to the east, and Andorra and Spain to the south.

France has a very extensive history. In 600 BC, Ionian Greeks, originating from Phocaea, founded the colony of Massalia (present-day Marseille), on the shores of the Mediterranean Sea. This makes it France’s oldest city.  Later Gallic Celtic tribes penetrated parts of the current territory of France, and this occupation spread to the rest of France between the 5th and 3rd century BC creating roughly the current borders of France.

Around 125 BC, the south of Gaul was conquered by the Romans.  Later Julius Caesar conquered the remainder of Gaul.  The first leader to make himself king of all the Franks was Clovis I, who began his reign in 481, routing the last forces of the Roman governors of the province in 486.

The last Merovingian kings lost power to their mayors of the palace (head of household). One mayor of the palace, Charles Martel, defeated an Islamic invasion of Gaul at the Battle of Tours (732) and earned respect and power within the Frankish kingdoms. His son, Pepin the Short, seized the crown of Francia from the weakened Merovingians and founded the Carolingian dynasty. Pepin’s son, Charlemagne, reunited the Frankish kingdoms and built a vast empire across Western and Central Europe. Proclaimed Holy Roman Emperor by Pope Leo III and thus establishing in earnest the French Government’s longtime historical association with the Catholic Church.

The French nobility played a prominent role in most Crusades to restore Christian access to the Holy Land. French knights made up the bulk of the steady flow of reinforcements throughout the two-hundred-year span of the Crusades.

Later the French Renaissance saw a spectacular cultural development and the first standardisation of the French language, which would become the official language of France and the language of Europe’s aristocracy. It also saw a long set of wars, known as the Italian Wars, between France and the House of Habsburg.

The monarchy reached its peak during the 17th century and the reign of Louis XIV. By turning powerful feudal lords into courtiers at the Palace of Versailles, Louis XIV’s personal power became unchallenged. Remembered for his numerous wars,  he made France the leading European power. France became the most populous country in Europe and had tremendous influence over European politics, economy, and culture. French became the most-used language in diplomacy, science, literature and international affairs, and remained so until the 20th century.

The financial crisis aggravated by France’s involvement in the American Revolutionary War was one of many contributing factors to the French Revolution.  Facing financial troubles, King Louis XVI summoned the Estates-General (gathering the three Estates of the realm) in May 1789 to propose solutions to his government. As it came to an impasse, the representatives of the Third Estate formed into a National Assembly, signalling the outbreak of the French Revolution. Fearing that the king would suppress the newly created National Assembly, insurgents stormed the Bastille on 14 July 1789, a date which would become France’s National Day.

In September 1791, the new National Constituent Assembly forced King Louis XVI to accept the French Constitution of 1791.  he National Convention, chosen in the first elections under male universal suffrage,[61] on 20 September 1792 succeeded the Legislative Assembly and on 21 September abolished the monarchy by proclaiming the French First Republic. Ex-King Louis XVI was convicted of treason and guillotined in January 1793.

Napoleon Bonaparte seized control of the new Republic in 1799 becoming First Consul and later Emperor of the French Empire (1804–1814; 1815).

France was a member of the Triple Entente when World War I broke out. A small part of Northern France was occupied, but France and its allies emerged victorious against the Central Powers at a tremendous human and material cost. World War I left 1.4 million French soldiers dead, 4% of its population.

In 1940, France was invaded and occupied by Nazi Germany and Italy. Metropolitan France was divided into a German occupation zone in the north, an Italian occupation zone in the south-east and Vichy France, a newly established authoritarian regime collaborating with (Germany), in the south, while Free France, the government-in-exile led by Charles de Gaulle, was set up in London.[71] From 1942 to 1944, about 160,000 French citizens, including around 75,000 Jews,[72][73][74] were deported to death camps.   In 1944 the Allies and the French Resistance emerged victorious over the Axis powers and French sovereignty was restored with the establishment of the Provisional Government of the French Republic (GPRF).

France was one of the founding members of NATO (1949).  During the Cold War, France pursued a policy of “national independence” towards the Western and Eastern blocs. To this end, France withdrew from NATO’s military integrated command (while remaining in the NATO alliance itself), launched a nuclear development programme, and made France the fourth nuclear power.

In the late 20th and early 21st centuries France has been at the forefront of the development of a supranational European Union, notably by signing the Maastricht Treaty (which created the European Union) in 1992, establishing the Eurozone in 1999, and signing the Lisbon Treaty in 2007.

What I experienced
France is a country which a long and detailed history, history you feel walking down most streets.  The French language is a matter of some pride and despite interacting with many locals who spoke English they weren’t happy unless you at least attempted a few words in French.  This is unfortunately the only country in which I was robbed and threatened with physical harm but I try not to judge a country on one negative experience despite it being very significant to me.

In many ways France is a centre of amazing art and artist and it is a big part of their culture.  The Louvre is outstanding but they seemed to be hundreds of smaller but still very good museum.  The architecture of their cities is spectacular;   Notre Dame Cathedral, Eiffel Tower, Arc de Triumph, Chateau De Versailles, and the Palace of the Popes are great to experience firsthand.  There are also good beaches (Cannes and Nice) and very beautiful countryside which I experience travelling around in buses and on the very fast Eurostar from London under the English Channel.

The French gave the world the Napoleonic code which strongly influence current legal codes and practises.  They are a major reason the United States of America won independence and the French Revolution did more to spark democracy in the  last four hundred years, brutal as is was, then any other event.  France is to be enjoyed by art lovers, romantics and history buffs and I qualified under two of these categories.

My biggest regret on this trip was missing out on attending the French Open but I;LSL hopefully rectify that one day 🙂

A World traveller who has so far experienced 71 countries in this amazing world. https://nathanburgessinsights.com/travel/
View all posts by Nathan →
This entry was posted in Travel and tagged France. Bookmark the permalink.