This was the second leg of two flights to get to New York City, USA. The first flight was a Colombian domestic flight Santa Marta to Bogotá (review here). I had a 3 hour 20 minute transit between the domestic flight and the international flight.

Airport Check In
Airport Check in was in Terminal 1 but I had already checked in for this international flight from Santa Marta. I had to exit the domestic area, no need to pick up my bag as it was checked though to New York, catch an escalator to the next floor and walk down to the International area.

Security and Immigration
Security was quick and efficient. I was allowed to keep my shoes on for the scan and only had to remove my iPad into a tray. Immigration was very quick, Colombia is obviously happy to just let you leave their country.

Lounges and Airport Facilities
As I was travelling in economy and as Avianca is part of the Star Alliance I couldn’t use my Qantas Gold Status (Oneworld Alliance) to access their Avianca VIP lounge so no Lounge Access today.

The El Dorado International Airport International airside area contained a range of food options and stores. There are two main food courts both serving basically the same food even if didn’t food outlets. There is free and fast wifi available in the airport general area.

Boarding
We boarded from Gate 41 using prioirty boarding. As someone in economy without any status or young children or elderly parents I was place in Group C with Group D being the last to board.

Priority boarding didn’t really work as at this airport there were no clear lines for different groups so it was more an honour system which some fellow and some didn’t. Once boarding started we waited on the airbridge for at least 8 minutes, it appears that the plane wasn’t ready for boarding when they started boarding.

The Seat
The Avianca A330 Economy Class seats are arranged in a 2-4-2 configuration. Economy seats are 17 inches wide and have 31 inches of legroom.

The seat included a Seat Back Entertainment Screen. There was no USB to charge devices. There was a blanket left on each seat. 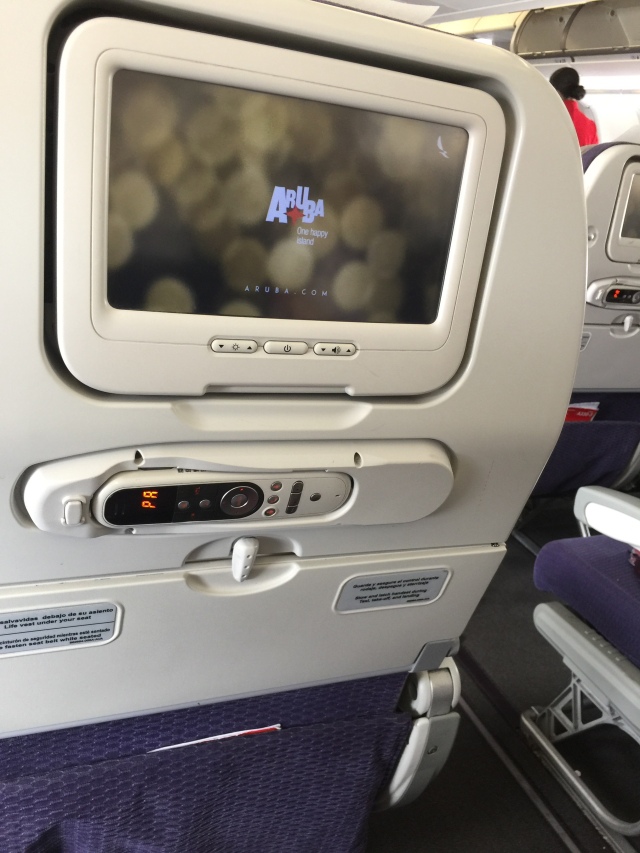 Amenity Kit
There was no amenity kit for this international flight.

Meals
In economy class you are not offered any drinks before departure. The flight offered lunch. The meal service commenced 14.31 with option of either beef or pasta (I selected beef). Served with a small salad and Nestle Morenitas.

Service
The flight was almost totally full and the flight attendants did a good job during meal service, announcements and whenever passengers call them.

The security videos, and all announcements, were first made in Spanish and then English.

Entertainment System
On this medium haul flight I used the entertainment system to watch some TV Shows and a movie. In between I used the flight map to keep tabs on our progress.

The Flight
There was a delay of 20 minutes due to an issue with a passenger when leaving but time was made up. The flight was smooth with no issues. After landing at JFK Airport we spent a lot of time on the tarmac of this busy airport just trying to get to the Gate.

Arrival
On arrival we exited to first go though security and immigration. I entered security at 20.29 and was done and though 5 minutes later, the fastest I’ve ever done immigration in USA. Our bags started arriving 1 minute after I got there at 20.35.

Summary
This was an efficient flight. The seats are comfortable, the meal service was adequate, the entertainment system had more than enough to keep you distracted for this 5 hour plus flight. No complaints.

A World traveller who has so far experienced 71 countries in this amazing world. https://nathanburgessinsights.com/travel/
View all posts by Nathan →
This entry was posted in Flight Reviews, Travel, World Trip 2019 and tagged AV244, Avianca. Bookmark the permalink.