Day 1 really started the night before on the Thursday. I returned from a Canberra work trip, came home changed, had a quick dinner with a friend and said goodbye to my young cats Boots and Juno. From here a train trip from the city to Broadmeadows and a pick up to stay at my mum’s. Everything seemed good.

Until I got a text from Qantas cancelling my 9 am flight the next morning. Shortly afterwards I got and e-mail advising me that my Sydney to Dallas flight was significantly delayed. This delay meant I couldn’t catch the 3rd leg of my travel from Dallas to Bogotá. It turned out the problem with the Qantas flights was the runway restrictions in Sydney due to strong winds reducing them to one runway.

I spend over 4 hours waiting for Qantas to respond to my SMS/text, Qantas App Chat window and to call me back using their callback option. I started getting responses around 1.30 am. We explored lots of options like going Melbourne to Los Angeles and then Los Angeles to Dallas so I could catch me last flight but Qantas couldn’t get a seat on the required American Airlines flight.

In the end I was put on a 3 pm domestic flight to Sydney to catch the 6 hour delayed Sydney to Dallas flight and then rebooked one the same Dallas to Bogotá flight but one day later. This meant I had to book a night’s stay near the Dallas Fort Worth Airport (I ended up booking the Hyatt Regency DFW), losing my pre tour hotel booking in Bogotá and attempting to arrange for my airport pick up to be moved back a day (which was confirmed once I landed at Dallas).

Not a great start to the trip but these things happen and it was one of the reasons I had a pre tour day in Colombia. Now I’ll just have to use it.

This meant not early morning drop off at the airport by my mum. Instead my sister Kara, who was flying to Honolulu on the same day with her family and my other sister Lana with her family, picked me up. So that worked out well as I got to sat goodbye to them in person and say happy birthday to my nephew Harry on his birthday.

Flight checkin went well, although the staff did try again to find a way to get me to Dallas on time, I informed then that Customer Service last night / early morning couldn’t resolve this. After saying goodbye to family members for their Honolulu flight I went to Qantas Domestic Business Class Lounge (review here). 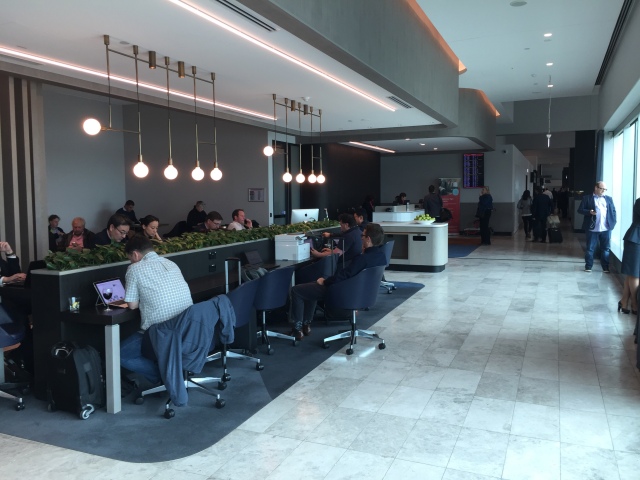 While in the lounge approximately half Melbourne to Sydney flights were cancelled, luckily not mine, and others delayed (which unluckily was mine). On speaking to service representative they believed I’d make a now very tight connection from Sydney domestic terminal to the international one. 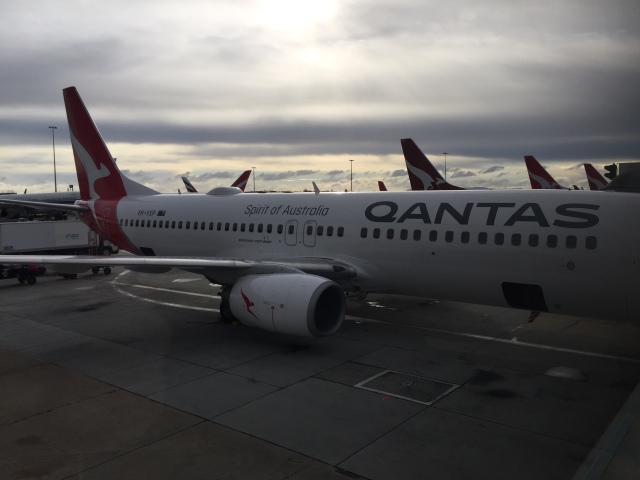 The flight up was 100% full but still provided good service. Accessing wifi while in the air is a nice additional touch and it was free and fast. Full flight review here.

I dashed to intentional transfer gate at Sydney and was informed I could still make my flight. About half of the other passengers from my flight doing the same thing were not as fortunate. I realised I’d make it but wouldn’t know about my bag making the connection or not for another 16 hours.

Once at the International terminal I was randomly picked for the full body scan and had to go though twice. Then once though that I was randomly selected for bag fibre scan check. It was like I wasn’t supposed to get on this international flight.

However my flight was running slightly later than the initial huge delay. this allowed my to go to the Qantas First Class Lounge. I shouldn’t have access but for some reason my previous Platinum level membership is still showing on boarding passes. It didn’t really matter as I only ended up there for 8 minutes so no lounge review this time as didn’t get to use this amazing lounge 😦

To get to the boarding gate I had to go via the United States TSA gate security were again I was randomly selected for additional questions. Although this time it might be because I was flying to Colombia later. At least the boarding gate priority boarding worked and I was quickly on board the upper deck of the massive A380 plane.

This was a great flight. The business class seats, despite now being a but old are still good for long haul travel. The massive leg room makes this much easier. Changing into Qantas pjamas kept me feeling fresh over the 14+ hour flight. Despite being so late Qantas still served the same meal service they would have if we flew 6 hours earlier but this was good as I had be selected meals. I did end up with a snore neck however. Full flight review here. 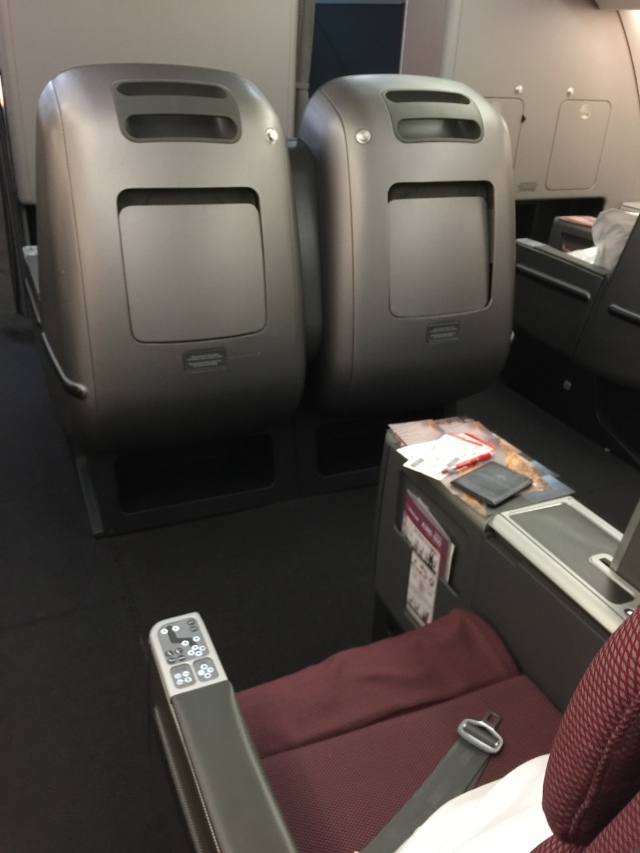 Qantas A380 Business Class Seat and my home for 14.5 hours

Upon leaving the flight in Dallas I was hit by the heat. It was 38c here despite being dusk which was a bit warmer than the 12c but in Melbourne. Immigration wasn’t a great concern despite long lines. Waiting for my bag took a long time (1 hour from landing) and despite being tag as first class priority (due to Qantas Membership) it was one of the last bags to show up. But it did and I was very happy.

Outside the terminal in the heat I walked to hotel pick up and after 10 minutes the Hyatt Regency shuttle showed up for other passengers. I hadn’t called as I was going to transfer to Terminal C and walk to the hotel so this worked out well. At the hotel I check in around 9 pm local time, the hotel check in was quick and efficient and the room was amazingly big with fast included internet. 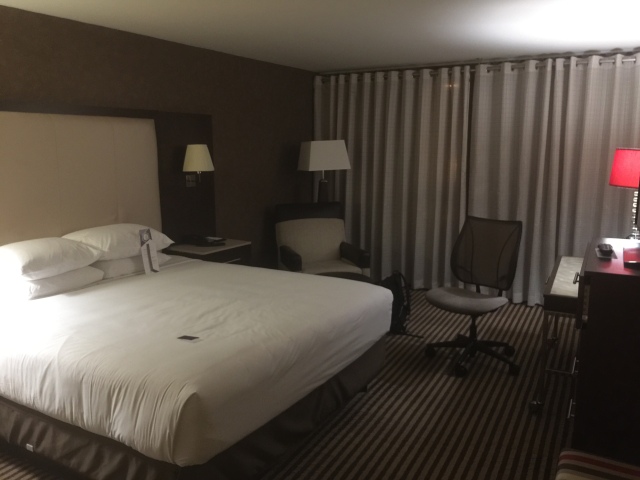 So that was an extremely long and memorable day with a lot going wrong. I think I was count from the 1.30 am (Melbourne time) discussions with Qantas to check in time at the hotel (9 pm Dallas time) in real time this had been 35 hours between this two points but due to crossing international date line technically the same day.

Now to get to Bogota and start this tour a little late, only missing a free pre-tour day and the tour check in meeting (I hope). If the snore neck goes away I’m all set for this trip now, hopefully no more unexpected little adventures 🙂

A World traveller who has so far experienced 71 countries in this amazing world. https://nathanburgessinsights.com/travel/
View all posts by Nathan →
This entry was posted in Travel, World Trip 2019 and tagged Dallas, USA. Bookmark the permalink.