Christmas Day was finally here. I woke up early with my tent companion Bill still sleeping soundly. This gave me a chance to go to the bar area and long into the wifi and received various Christmas messages from those back home who were almost finished with their Christmas Day being 9 hours ahead of Zambia. This made me miss home and my family in particular my nieces and nephews. I might have to forgo future trips at this time of the year despite the numerous advantages in getting time off from work in December and January. 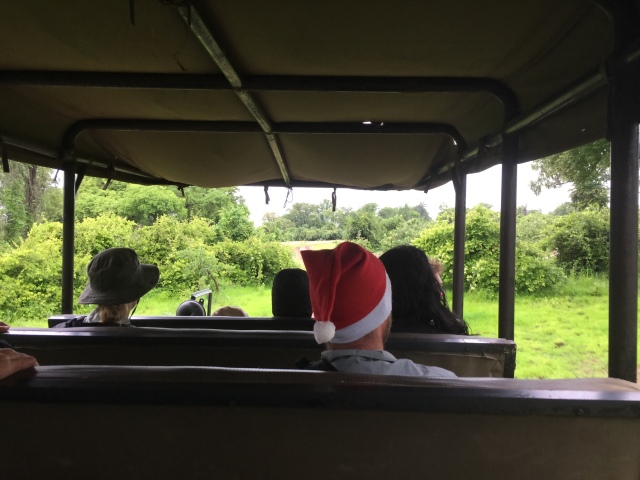 Today was about a morning game drive into the South Luangwa National Park. We left the campsite in our excursion vehicle just after 6 am for a four hour trek. Right from the moment we left the camp we started seeing elephants and baboons and that was outside the national park! 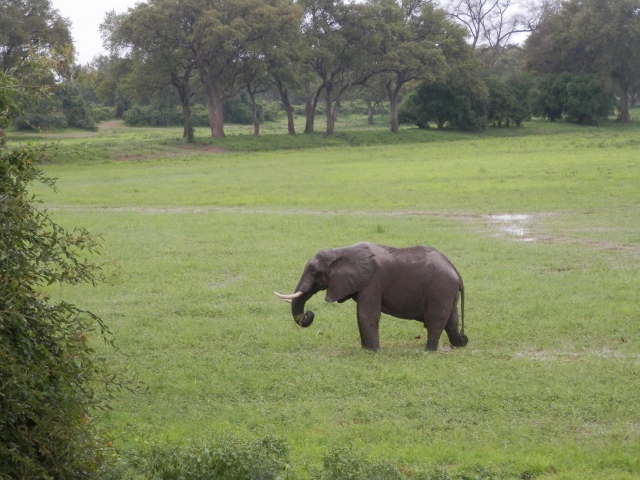 First up inside the park we found some buffalo but I couldn’t get a great view from my position in the vehicle. This park was very different from others so far, it was extremely green and lush and at times even dense. The landscape itself was worth the drive. Adding to this it was overcast the entire time and the temperature probably boy never got over 22 making this a very unique and welcome drive. 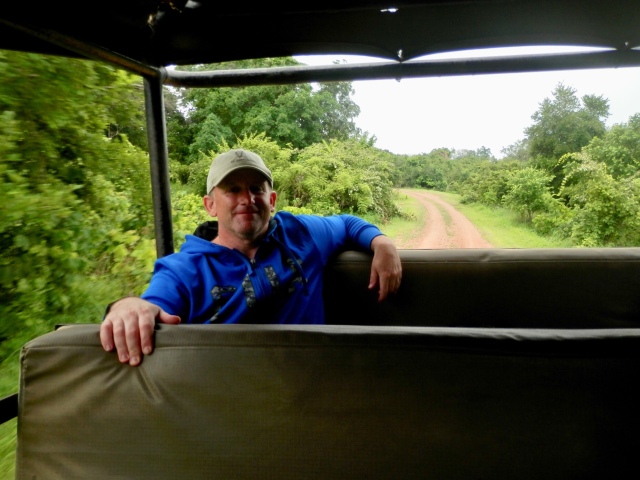 The highlight of the game drive had to be the wild dogs. I’d heard of them earlier in our trip but thought ‘so what’ just normal dogs gone wild but I was very wrong. This wild dogs have amazing markings and hunt in packs. I got to witness them sharing a kill and also playing with each other. You wouldn’t want to be hunted by this dogs as apparently they have the highest hunt to kill rate of any predator in Africa. 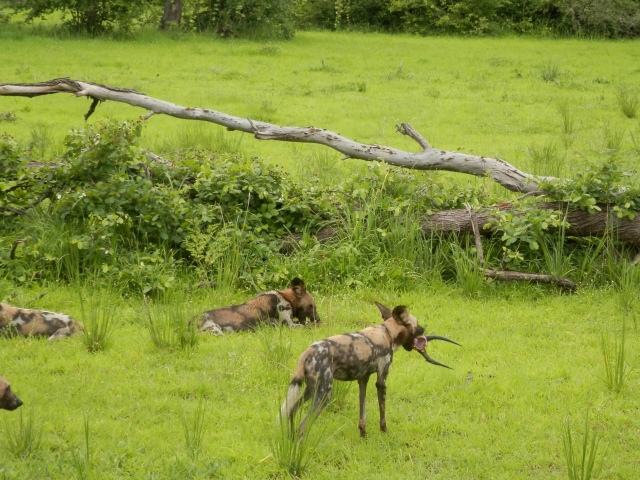 We also came across a number of elephants including some of the smallest baby elephants I’d seen so far. There were lots of colourful birds and enpalas / antelopes to round out the game drive. 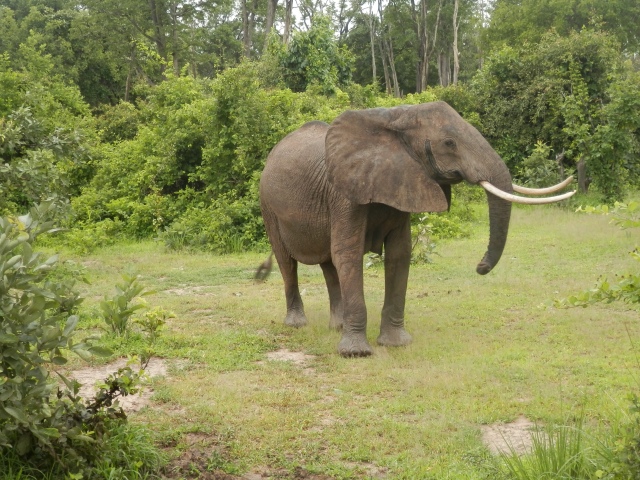 We arrived back at camp around 10 am and immediately started packing our tents with some members taking a late morning shower. I mostly watched Christmas videos from back home. We had an early lunch before leaving around 11.45 am.

The drive to Petauke took most of the rest of the day with us reaching campsite around 4.15 pm. I booked an upgrade room for tonight and found this room had a TV which allowed me to watch BBC World News. This was the first TV in over a month so it was good to be able to see a little bit of the world in picture especially all the Christmas stories.

A World traveller who has so far experienced 71 countries in this amazing world. https://nathanburgessinsights.com/travel/
View all posts by Nathan →
This entry was posted in Travel, World Trip 2017-2018 and tagged Africa Travel Co, On The Go Tours, Petauke, South Luangwa, Zambia. Bookmark the permalink.