History and Geography
Covering 237,955 square kilometres Laos is the only landlocked country in Southeast Asia and is bordered by Myanmar and China to the northwest, Vietnam to the east, Cambodia to the southeast and Thailand to the west and southwest.

Archaeological evidence suggests an agriculturist society developed in Laos area around 4,000 BC.

Present Laos traces its historic and cultural identity to Lan Xang, which existed from the 14th century to the 18th century as one of the largest kingdoms in Southeast Asia.

During World War II in Laos, Vichy France, Thailand, Imperial Japan and Free France occupied Laos. On 9 March 1945, a nationalist group declared Laos once more independent, with Luang Prabang as its capital, but on 7 April 1945 two battalions of Japanese troops occupied the city.  When Japan surrendered, some Lao nationalists declared Laotian independence, but by early-1946, French troops had reoccupied the country and conferred limited autonomy on Laos.

In 1960, amidst a series of rebellions in the Kingdom of Laos, fighting broke out between the Royal Lao Army (RLA) and the communist North Vietnamese and Soviet Union-backed Pathet Lao guerillas. A second Provisional Government of National Unity formed by Prince Souvanna Phouma in 1962 was unsuccessful, and the situation steadily deteriorated into large scale civil war between the Royal Laotian government and the Pathet Lao. The Pathet Lao were backed militarily by the People’s Army of Vietnam (PAVN) and the Viet Cong.

Laos was a key part of the Vietnam War since parts of Laos were invaded and occupied by North Vietnam for use as a supply route for its war against South Vietnam. In response, the United States initiated a bombing campaign against the PAVN positions, supported regular and irregular anticommunist forces in Laos, and supported Army of the Republic of Vietnam incursions into Laos.

Massive aerial bombardments against the PAVN/Pathet Lao forces were carried out by the United States to prevent the collapse of the Kingdom of Laos central government, and to deny the use of the Ho Chi Minh Trail to attack US forces in South Vietnam.  Between 1964 and 1973, the US dropped two million tons of bombs on Laos, nearly equal to the 2.1 million tons of bombs the US dropped on Europe and Asia during all of World War II, making Laos the most heavily bombed country in history relative to the size of its population.

In 1975 the Pathet Lao overthrew the royalist government, forcing King Savang Vatthana to abdicate on 2 December 1975. He later died under suspicious circumstances in a re-education camp. Between 20,000 and 62,000 Laotians died during the civil war.

On 2 December 1975, after taking control of the country, the Pathet Lao government under Kaysone Phomvihane renamed the country as the Lao People’s Democratic Republic and signed agreements giving Vietnam the right to station armed forces and to appoint advisers to assist in overseeing the country. The close ties between Laos and Vietnam were formalised via a treaty signed in 1977, which has since provided direction for Lao foreign policy. 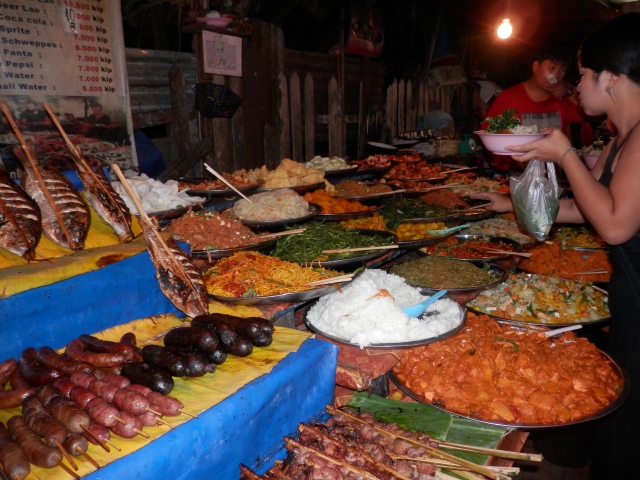 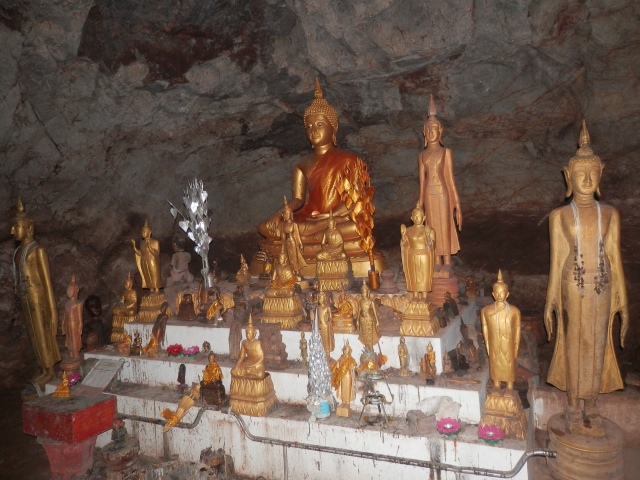 What I experienced
Laos is a very beautiful and friendly country.  I only spend 4 days there and in the city of Luang Prabang but felt a warmth from the locals.  Laos has a one party government system, in this case Communist.  Despite this Buddism is the dominate religion.  While there is no Government support for Buddhism the Government does tolerant this religion while allowing no others at all, which is more in line with communism.

The Buddhist Monks and Temples survive by the direct support of the locals and tourists.  This is best demonstrated by the Alms giving ceremony where each morning the monks work out of their temples and people provide them with food for the day.  It’s a tradition that goes back many centuries.

Laos future development is based on generating electricity from its rivers and selling the power to its neighbors, namely Thailand, China, and Vietnam, as well as its initiative to become a ‘land-linked’ nation, shown by the planning of four new railways connecting Laos to those same countries but funded by the Chinese Government.  I expect once completed Laos will develop more of a Western feel.

The famous Mekong River dominates this country and connects numerous countries which unfortunately meant that Laos was drawn into the Vietnam War and there are still unexploded USA bombs in the countryside.

The country is undoubtably poor, and apparently the Government is very corrupt but the people are helpful and at least those who I interacted with appeared hopeful of the future.

A World traveller who has so far experienced 71 countries in this amazing world. https://nathanburgessinsights.com/travel/
View all posts by Nathan →
This entry was posted in Travel and tagged Laos. Bookmark the permalink.