Our first bus ride of the tour turned out to be in a comfortable bus and only take a few hours to get to Puebla. First again I was surprised by the quality of the hotel on this basic tour. Our hotel was a very short walk to the Zocalo or city square which housed the Puebla Cathedral.

This Cathedral is full of gold, I mean it is everywhere. Quite a few people thought maybe they should sell some of it and help the poor. The towers on the Cathedral are awesome dominating the entire landscape of this town of approximately 1 million people. Later that night the entire Zocalo was lite up for Christmas, obviously this town has some money.

The majority of the group decided to attend the Mexican version of professional wrestling called Lucha Libre. This style of wrestling is based on fast moves mostly involving flying though the air and while ‘staged’ is nonetheless dangerous. The crowd went crazy all though the night cheering and booing depending on the situation. All matches except the main event were tag team (3 on 3) and every match was a best of 3 match. The entrance of all the wrestlers had rock music and two dancing women in tight clothes. Extremely enjoyable for those who stayed to the ended with most of the girls leaving early.

This lead us to go find a place for beers which let to a nightclub which billiard tables. Despite the alcohol I played terribly, I had hoped to get better with drinking :). We run into an Intrepid Tour group full of Australians, apparently our groups will cross paths a few times. The Australian girls in that group appear extremely keen to have a good time. I left early around 1 am in the morning. 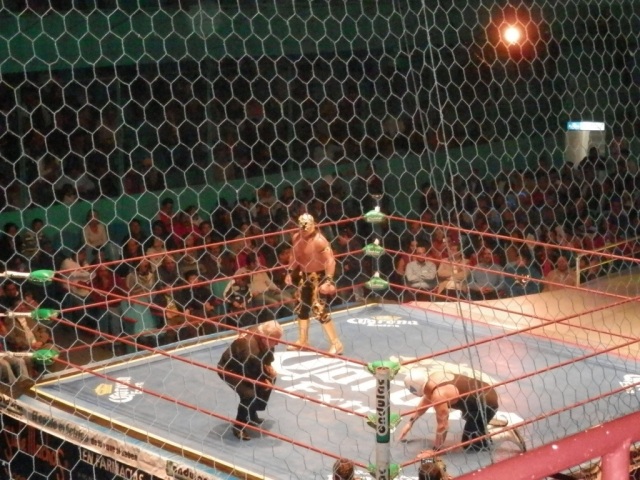 A World traveller who has so far experienced 71 countries in this amazing world. https://nathanburgessinsights.com/travel/
View all posts by Nathan →
This entry was posted in Travel, World Trip 2012-2013 and tagged AncientCivilisations, Mexico, Mexico City, Puebla. Bookmark the permalink.