Saw the “Buried Village – Te Wairoa”. This village was buried after an eruption in 1886 (the most recent one in NZ) Rotorua being classed as an active volcano area (and why there is so much sulphur in the air) . The 1886 eruption destroyed the Pink and White Terraces (hot springs) which were considered a wonder of the world at the time.

Rotorua is very active still, no lava, but heaps of hot springs and mud. It will erupt again, but luckily enough for me not today. We also visited the Rotorua Museum which complimented the “Buried Village’ tour nicely.

The highlight however was easily the “Tamaki Maori Village”. We had an evening of fun and entertainment. Learnt a few Maori words and saw lots and lots of dancing and for dinner was specially cooked underground! 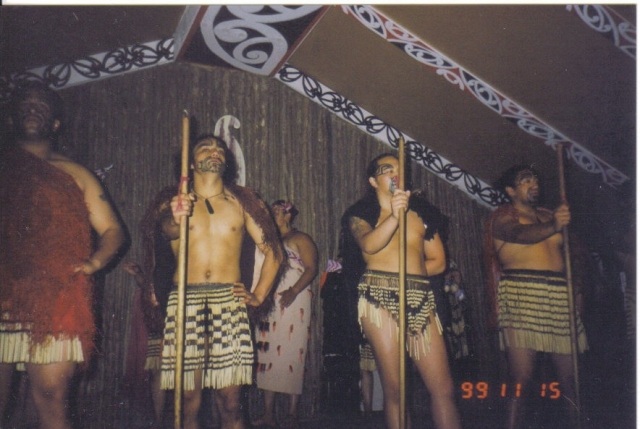 A World traveller who has so far experienced 71 countries in this amazing world. https://nathanburgessinsights.com/travel/
View all posts by Nathan →
This entry was posted in Travel, World Trip 1999-2000 and tagged NewZealand, Rotorua. Bookmark the permalink.